When I visited this group of four-year-old children, they were immediately ready with stories and then were eager to act them out.

Their stories are based on TV or movie superheroes, fairy tales, princesses, real life events and animals. Even when they tell a story that consists of a Spider Man theme, there is a piece of their own personal thoughts or feelings imbedded in the story.

So what is it about story telling and story acting that holds such deep meaning for young children? They seem so naturally drawn to it. Even when they get silly and giggly during the acting out, they are dead serious about the stories they share. The acting out helps them better understand their own stories and those of their friends. 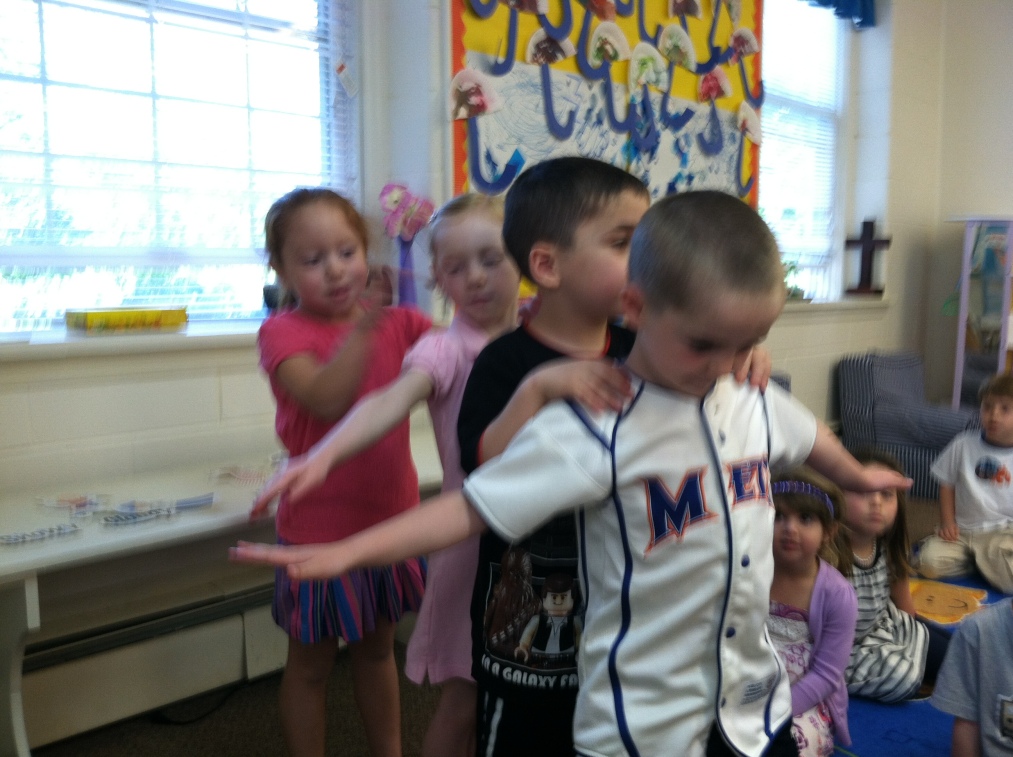 As I walked out of the classroom, children were talking about how much they enjoyed “doing stories” and one child said, “I love it so much, I want to marry it.”

This entry was posted in Storytelling/Story Acting. Bookmark the permalink.